Watch the Film on Vimeo

Rebekah has been trying to recover from the traumatic events that shaped her life and behaviour for the better part of 50 years. "Love, Rebekah" takes you into the intimacy of her journey of love, relationships and her mental illness. She shares intimate moments of her everyday life: her thoughts, feelings and emotions that allow you to witness the pain and the stigma of mental illness.

"I'm gonna have to shut down now" 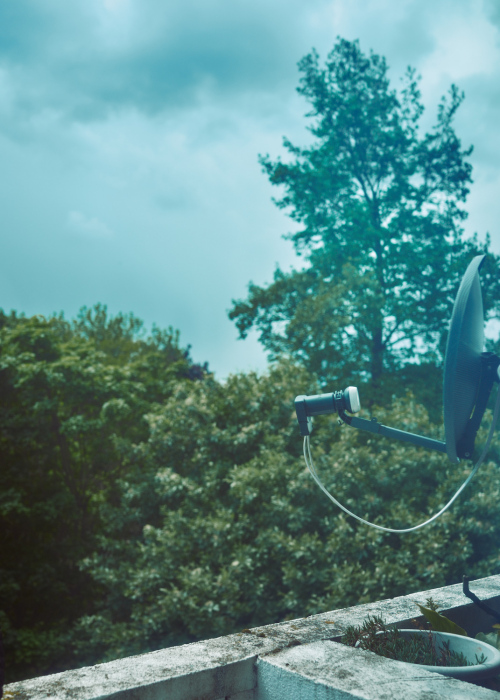 It’s the end of spring outside.

The wind is still. 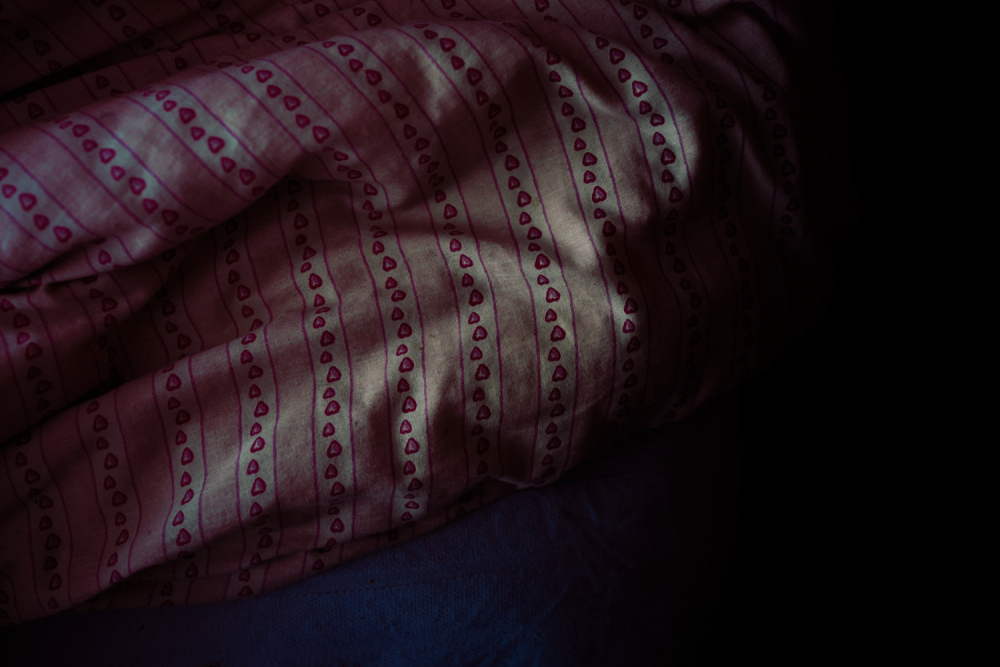 She lays on her sofa-bed in the living room. The apartment has two floors. Photographs dot the room's shelves.

She wakes up suddenly, frightened.

She tries to sleep again.

Flashbacks to another time.

Eventually she shuffles to the kitchen and makes some lunch. She sits to eat her lunch and begins to talk about a song entitled Chitthi Aayi Hai by Pankaj Udhas. It speaks of a letter sent from India to a relative living and working abroad to earn money for their family back home and pleads for them to return home.

"I was sexually abused three times by all three of my uncles. And after they opened that door to my world, every time I walked through the town centre a man would go by and touch me inappropriately." 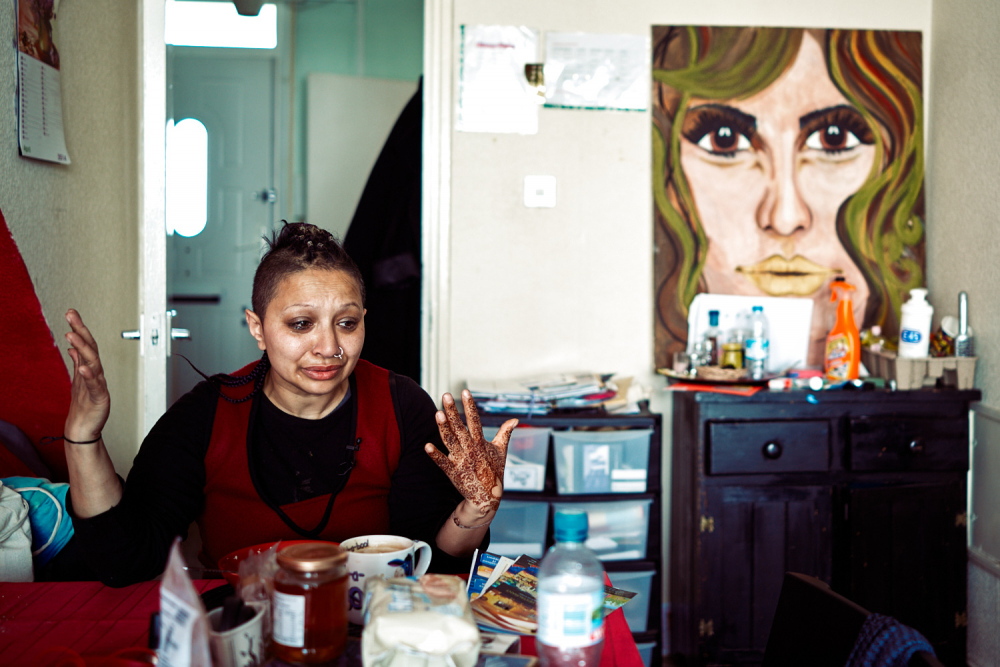 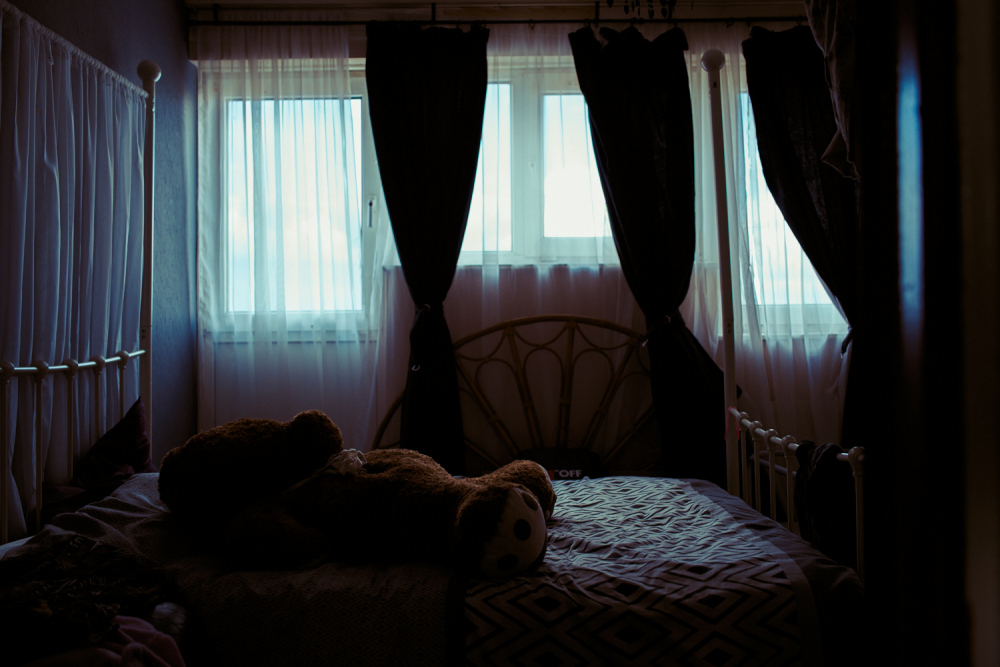 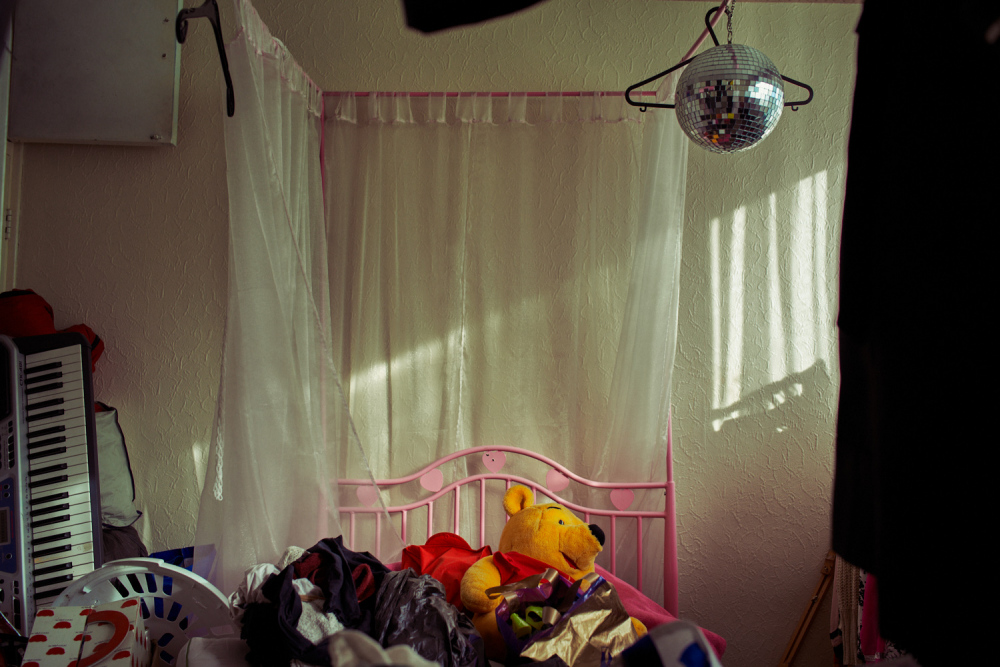 These rooms are not empty, but no one lives in them.

"Of course I want to be there for my sons. Of course I wanted to be in their lives, but when you're in and out of hospital every two and a half years..."

We learn her children no longer live with her. Her eldest, the child of an arranged marriage to a man from Bangladesh, hasn't been in touch with Rebekah for more than a decade. She wishes to see him again.

Her younger son visits her occasionally. He left her a note recently and it reads:

Sorry were not here to say goodbye [...] hope you have a nice relax on your retreat [...] by the way you need another bin liner as you ran out.

Thanks again and love you lots'


Her mental ill health ensures Rebekah lives on her own. The father of her second son took both of her boys, including her eldest son, into his care. No longer being able to be there for her boys, she's grateful both of them were raised in a stable household. 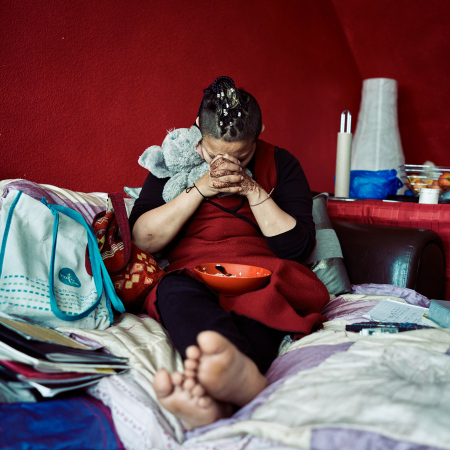 "If I can do this for a whole year,  then 'wow'. That's a massive achievement for myself. I've been consistent for something." 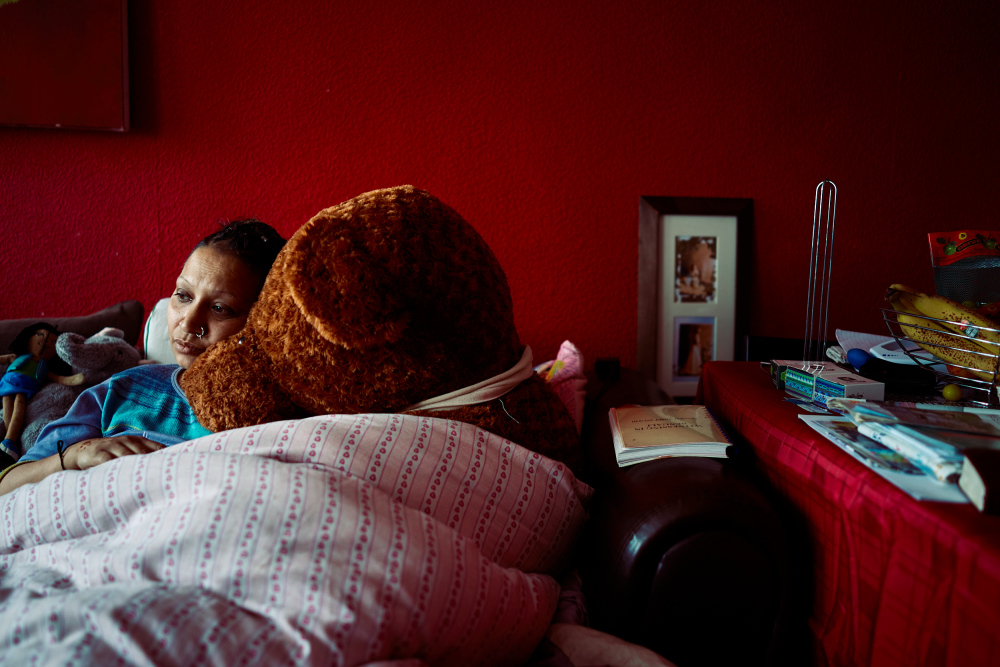 "But when your sons are over an age they can absorb what's going on... you know? Then it'll affect their mental health, wouldn't it? So I had to protect them, by them staying at their dad's...it was to protect them from mommy's instability, so they could have a stable life. [...] I wanted to keep their innocence as long as possible. I don't want them to wake up: 'oh mommy, why you're cutting your arms? Why is there blood everywhere?'"

The living room is tidy. Books on the shelves along with other objects of memories. More paintings, some drawings, sketchbooks and photographs. 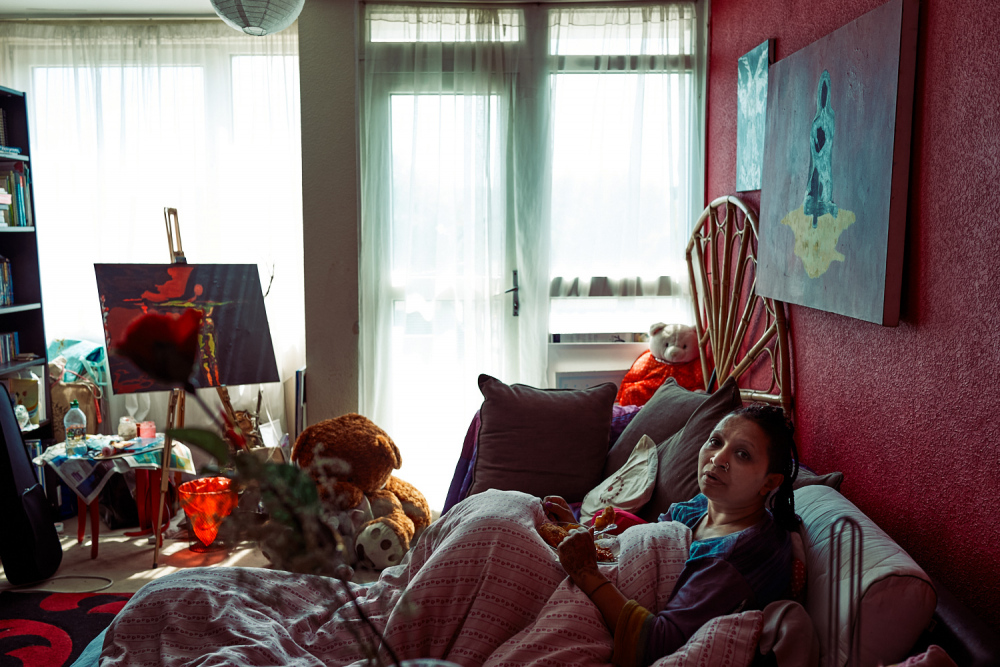 "I couldn't tell my dad nothing. My dad always thought I'm brainy and smart. And I made my dad happy. Because my mom wouldn't believe it when I told her, so she rejected me. She slapped me and rejected me, and said 'no way' her brothers would do anything like that."

You can hear some children play outside in the courtyard.

"The first uncle that abused me was in Bangladesh. I was six or seven or something like that. And then another uncle came to stay and he actually went further, because the first one [...] this uncle [...] me and everything."

She is overwhelmed again.

She is still overwhelmed.

"He was very handsome you see? 'Handsome people in this world have access to things that not-so-handsome people get' And then no one believed me [...] 'Why would he want to sexually abuse a child? He's a handsome guy. He can have any woman!' 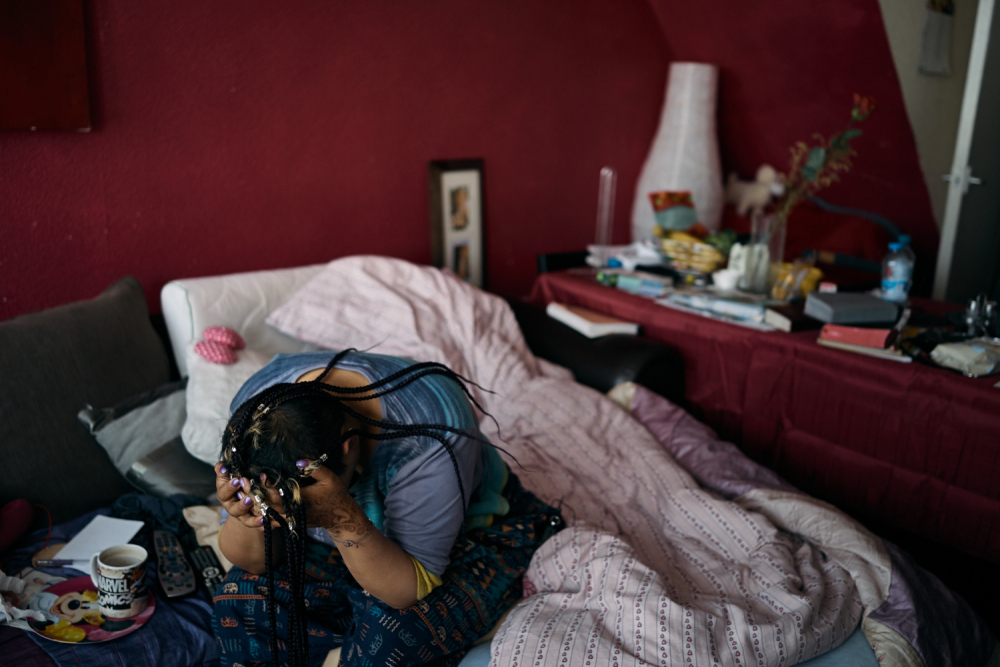 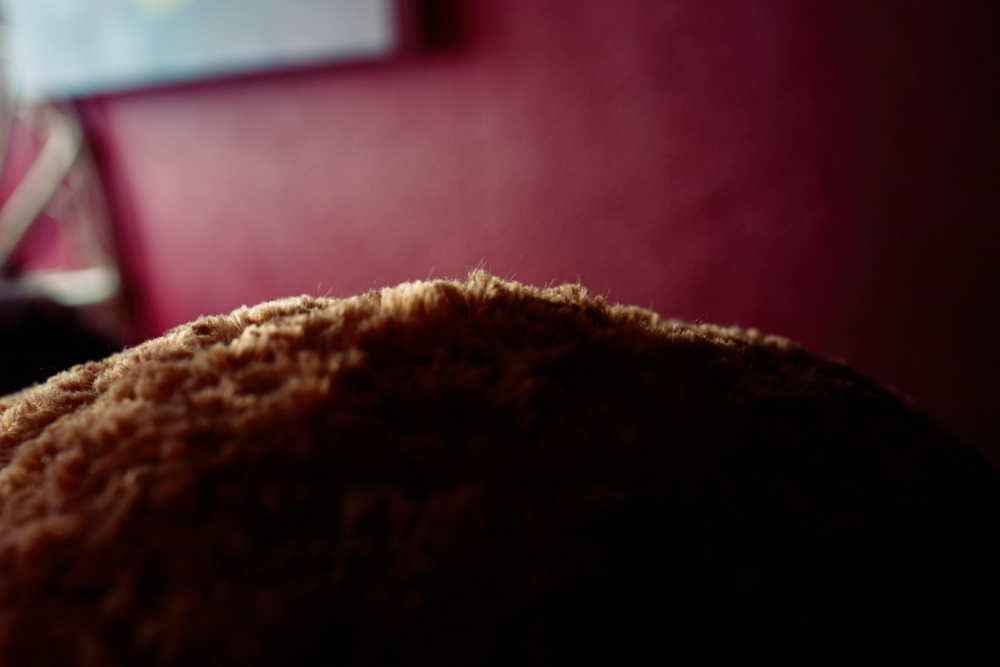 There is an assortment of plush toys around. One of which is a massive teddy bear.


She tries to sleep again. 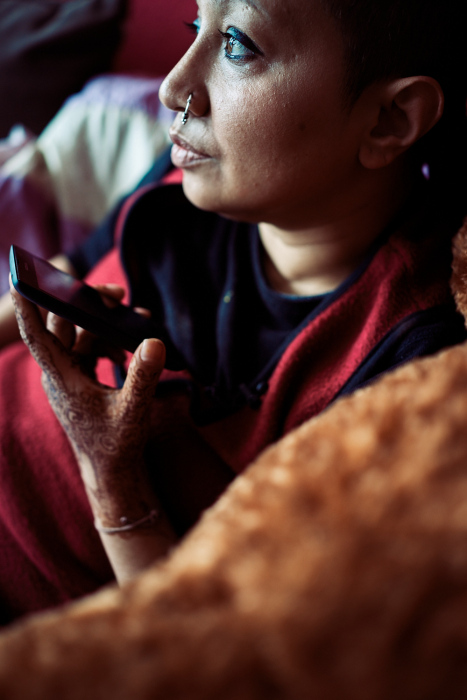 Rebekah has a mindfulness class today. She's had a tough week. The phone rings. It's a man and they arrange to meet later that day. Rebekah decides to stay home and meet him instead of attending her mindfulness class.

"I don't want to journey all that far and then find that you're asleep."

She asks the man:

That man was the "Nubian King". 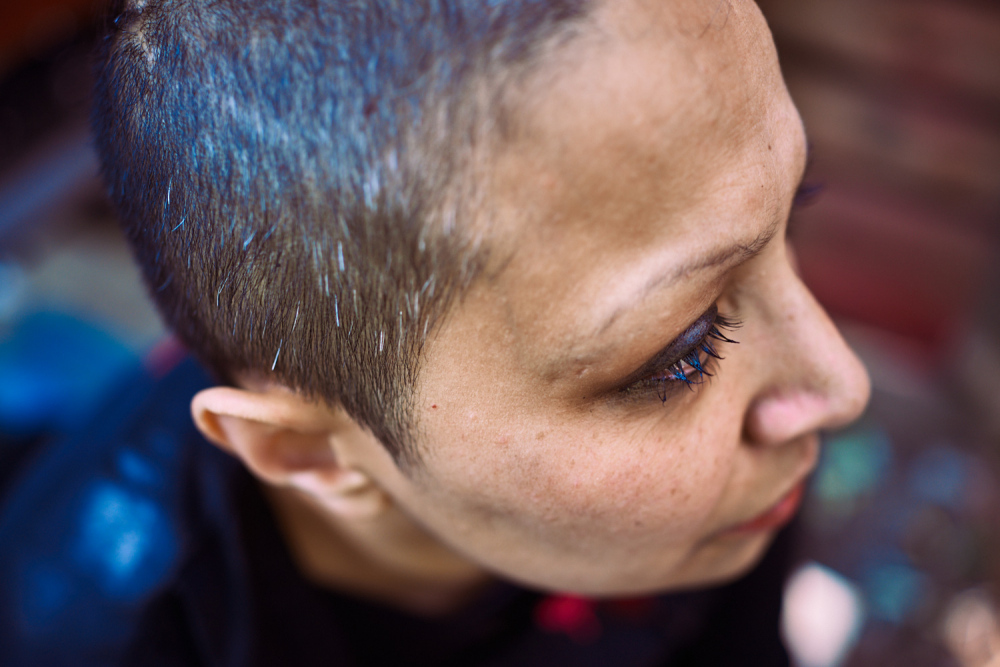 Other memories come. Another time 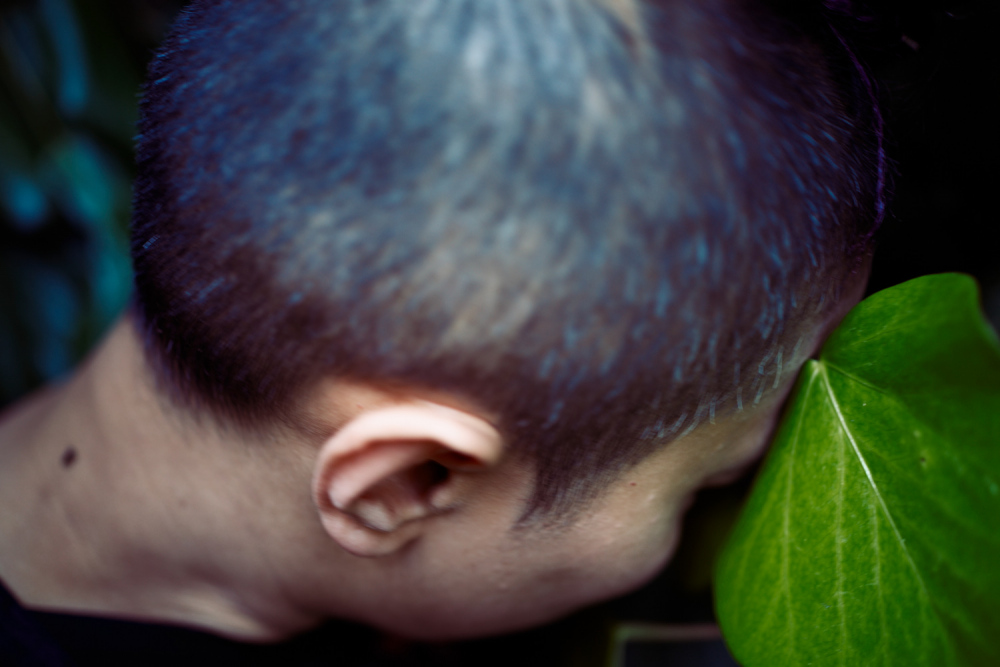 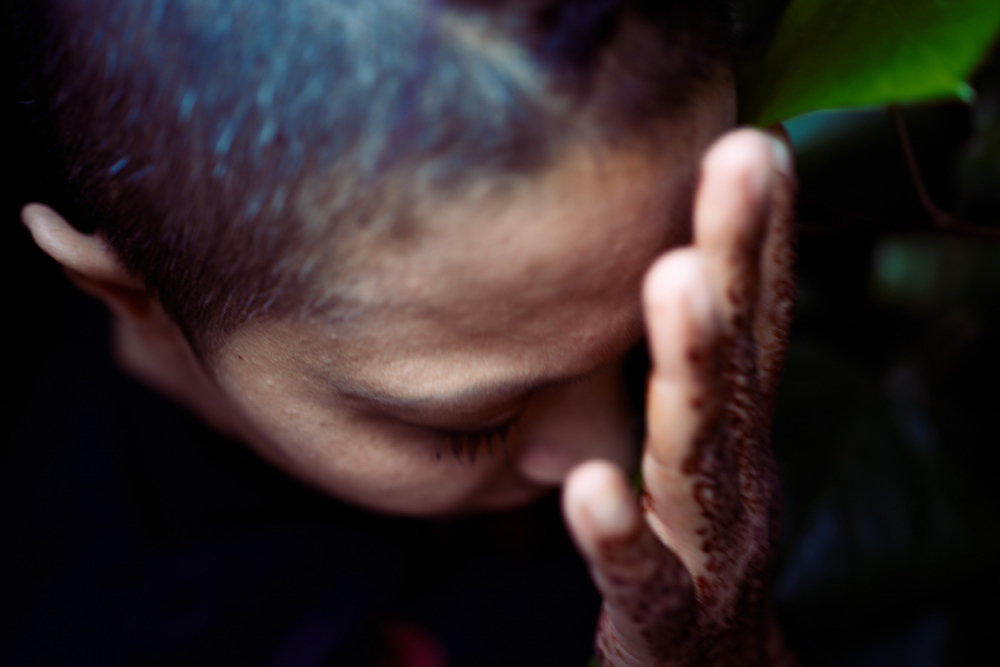 There will be more sleeping... and a change of hair colour, too.

The largest plush toy is called Mr Chocolate Fudge. A brown teddy bear that Rebekah says is all she needs when she looks for cuddles.

Like many of the plush toys in her apartment, Mr Chocolate Fudge has its origins as a gift to Rebekah’s daughter. The third and last of her children, Rebekah’s daughter has lived in a foster home since she was about 11.

"About two years ago, after my suicide attempt, and I lost the plot, and my daughter went into care...my boyfriend at the time called the police, and I told him to give me some space because it was him who triggered me... so I kind of lost my head and I had my hair braded gold like that (points to a painting) ...I went off to Brighton and by the time I came back I found my door had been kicked down by the police and then locked up and I couldn't get in..." 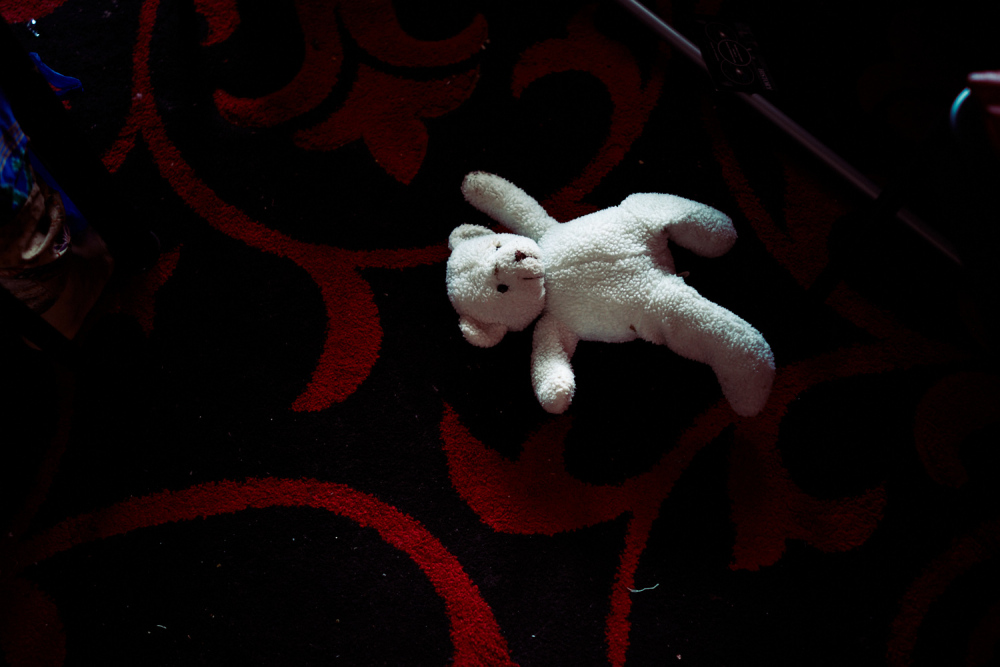 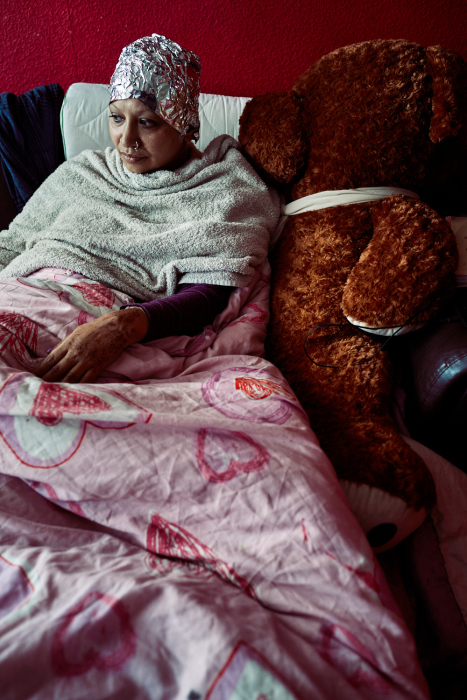 Rebekah picks up Mr Chocolate Fudge and sits with him while she waits for her hair dye to take effect. She wants her hair to go blonde. 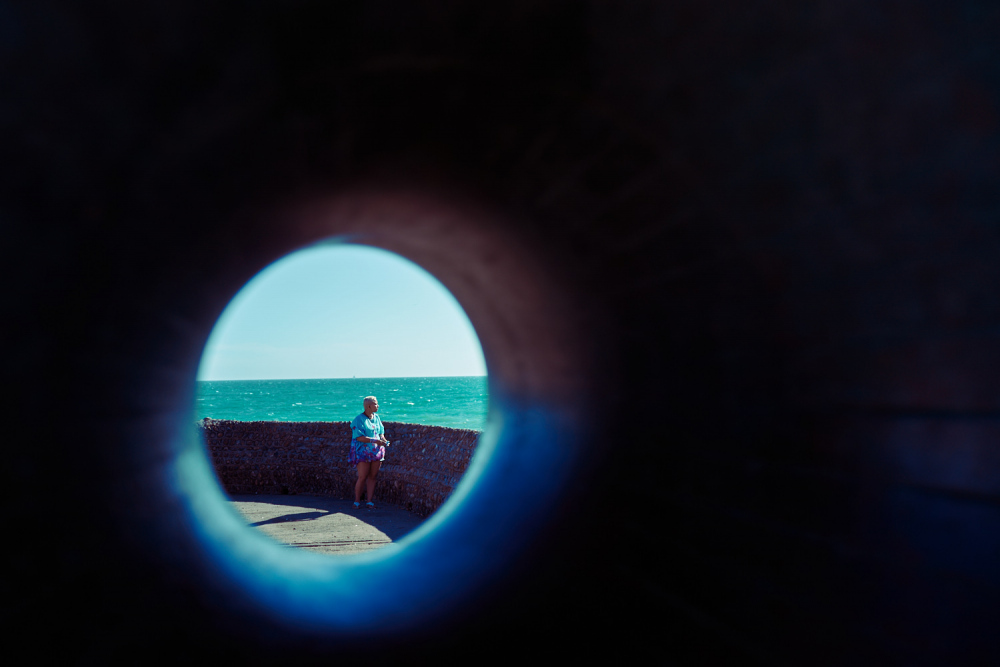 ...so I was homeless, I went to stay in with my boyfriend for a day...and then he made me paranoid, cuz he is paranoid and psychotic...and he kicked me out on the streets [...] I stayed at my boyfriend's one night and he kicks me out again, because he was totally psychotic at the time... and so I ended up not having anyone in London. I ended up back in Brighton and so I was homeless in Brighton." 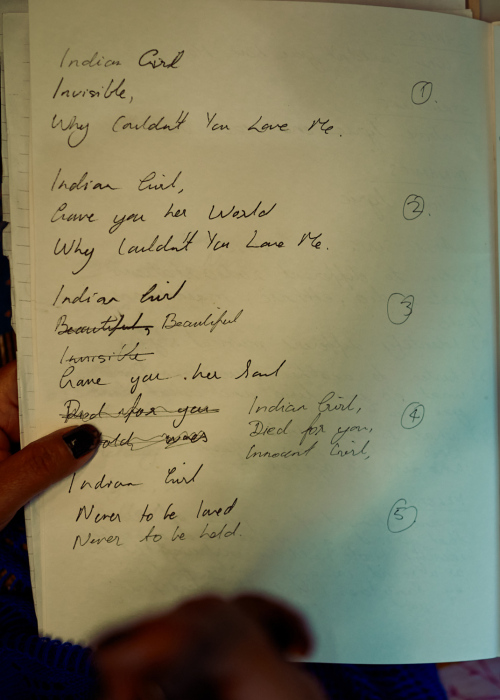 Rebekah packs her things and gets ready to leave. It's the beginning of the summer and Brighton is waiting for her. Her house is a bit messier now, maybe because of her packing. She's got a new haircut and the trip seems exciting to her. She makes some sandwiches to take with her. 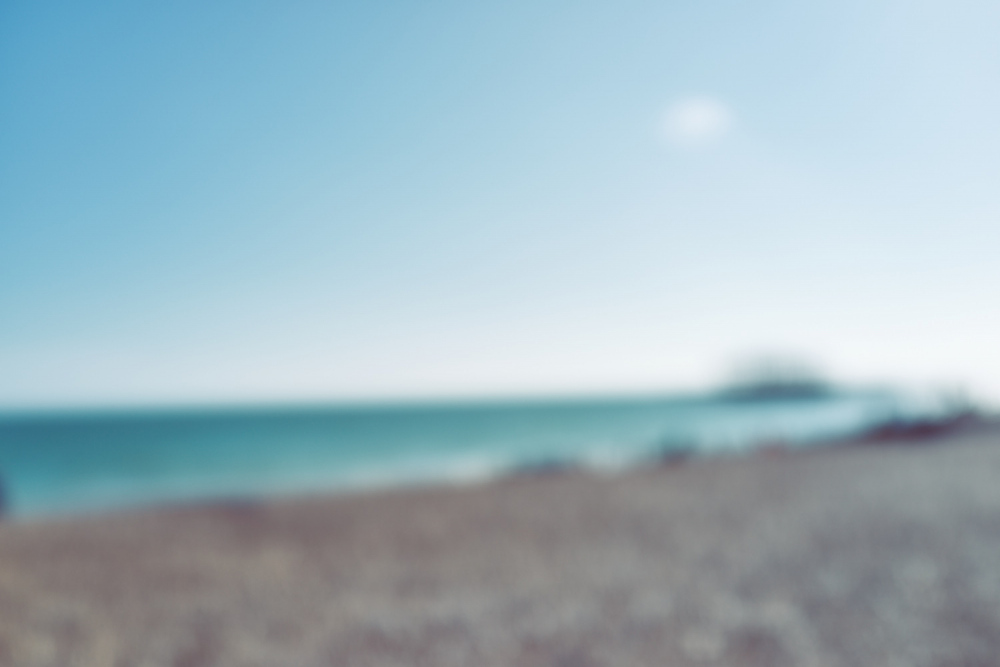 Closure is what Rebekah feels she needs. The memories she carries continue to be an influential part of her daily life. So, as if on a pilgrimage to look for forgiveness, closure and love of her own self, she carries her heavy suitcase through a crowded station on her way to a hostel where she will stay for a couple of weeks.